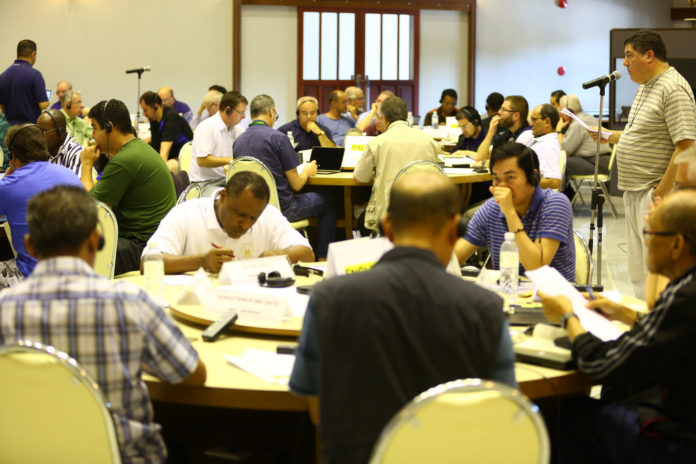 Morning Prayer was led by the Province of Dublin. Using music and the prayer of St. Patrick, we reflected in silence. Then using the example of St. Columbanus who was an apostle of Europe, we used intercessory prayer for many areas of our church and world.

We received news of some of our confreres who are unwell. We were also advised of the arrangements made for the Mass in Bangkok on Sunday.

The whole morning was spent hearing reports on Section C of the working document, discussing the various proposals made, and eventually voting on them one by one.

Although nothing ‘world shattering’ was discussed and voted for, this was an important morning as we are responding to the world wide consultation made among our confreres and our lay associates, and also setting and delineating the Congregational plan for the next six years.