(Feast of St. Elizabeth of Hungary)

This afternoon the Moderators, responding to a number of concerns raised by Chapter delegates, raised the issue of the Chapter’s relationship to the Redemptorists of Africa and Madagascar. Delegates became aware that the previous Chapter had made both Africa and Madagascar as well as the Fund for Africa and Madagascar a priority for the Congregation. However, the agenda for the current Chapter did not have any particular place where topics and issues about this continent could be raised. So, we held an open-mic session to begin the afternoon.

The discussion ranged far and wide, from financial considerations, to relationships between steadily declining mother provinces—declining in both personnel and finances—and units in Africa, to the meaning of the sense of solidarity throughout the entire Congregation, to the costs of formation for the burgeoning number of students in this part of the Redemptorist world. One theme that caught my eye was that we need to move from thinking primarily about finances (there are issues about the Fund but they are being dealt with) to thinking about relationships. We need to personalize connections across the Congregation — among units, and between communities. For example, a community house in Seattle might make a regular connection with one in Nairobi; then in the relationship between them what can be done for, and with, each other would flow from the dialogue and the growing relationship. This session was charged with considerable energy while the feeling of support for Africa and Madagascar was tangible. 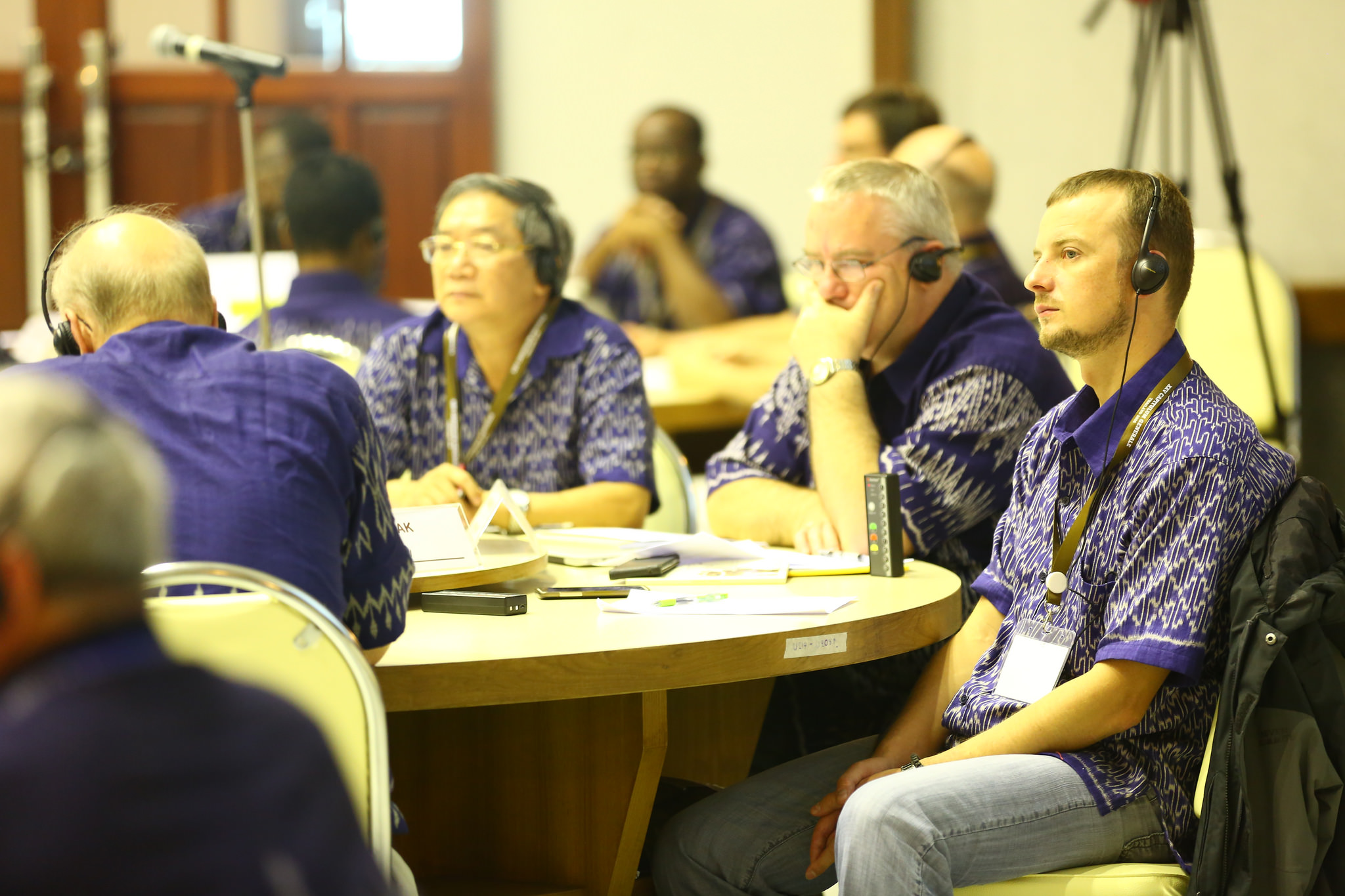 After the break, we moved back to the consideration of proposals and postulate as found in Section 3: Renewed Structures. We listened to the 4 summary reports of all the small groups for sections 3.1, 3.2 & 3.3. Ultimately, we voted on the items in 3.1 (issues on co-responsibility) and 3.2 (issues on leadership). The energy level at the end of the day and after the dialogue on Africa and Madagascar was somewhat muted. We really do trust in the guidance of the Holy Spirit!

We concluded the day with Masses celebrated by the members of each Conference, a fitting reminder of the principle manner in which we hope to bring Chapter decisions and inspiration back to our units.

In the evening we experienced once again the gracious hospitality of the Thai confreres. After supper (!) there was a wonderful barbeque in the open air. This was part of the Gaudeamus to honour the new General Council. The energy level went back up!