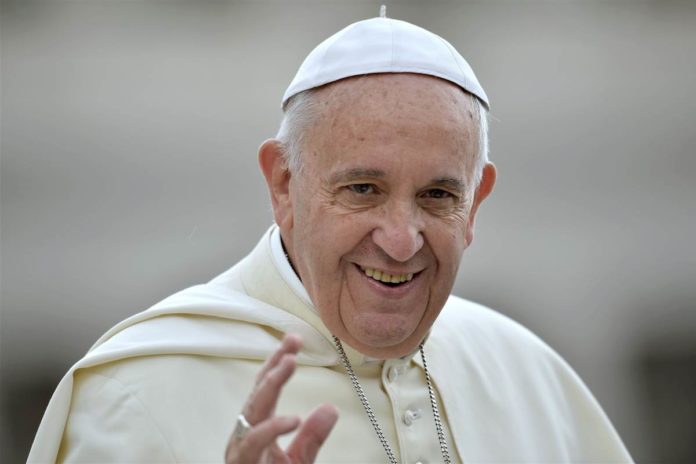 In an interview with Italian Catholic daily Avvenire, Francis said: “Unity is created on the move because unity is a grace we need to ask for”. He also commented on the criticisms directed at the “Amoris Laetitia”: The Council took the Church back “to its origins”, this “shifts the axis of Christianity away from a certain kind of legalism which can be ideological. Some still fail to grasp the point, they see things as black or white, even though it is in the course of life that we are called to discern”

“The Church is not a football team in search of fans.” This was Francis’ answer to a question put to him by Stefania Falasca, a columnist for Italian Catholic newspaper Avvenire, in a lengthy, articulate interview the Pope gave ahead of the conclusion of the extraordinary Jubilee of Mercy which is very much centered on ecumenism. The full text in Italian is published by the Catholic newspaper. During the interview, Francis linked certain “criticisms” made against his post-synodal exhortation “Amoris Laetitia”, to the difficult and so far incomplete reception of the Second Ecumenical Council.  Readers will recall that four cardinals recently sent the Pope a letter containing some “dubia” (from the Latin “doubts”) regarding his document on the family.

The “Amoris Laetitia” and “legalism”
“The Church exists only as an instrument for the communication of God’s merciful plan to the people,” Francis told Avvenire. “During the Council, the Church felt it had the responsibility to be a living sign of the Father’s love in the world. In the Lumen Gentium, it went back to the origins of its nature, the Gospel. This shifts the axis of Christianity away from a certain kind of legalism which can be ideological, towards the Person of God, who became mercy through the incarnation of the Son. Some still fail to grasp the point, “ Francis said, referring to certain criticisms directed at the “Amoris Laetitia”, “they see things as black or white, even though it is in the course of life that we are called to discern”. The Council told us this, but historians say that a century needs to pass before a Council is properly assimilated into the body of the Church… we are half way.”

A Holy Year without any “grand gestures”
“Those who realise they are very much loved, come out of their bad solitude, from a separation that drives them to hate others and themselves. I hope many people came to realise that Jesus loves them very much and I hope they allowed Him to embrace them. Mercy is God’s name and it is also His weakness, His weak spot. His mercy always leads him to forgive and forget our sins. I like to think that the Almighty has a bad memory. Once he forgives, he forgets. Because he is happy to forgive. That’s all I want (…).  Jesus doesn’t ask for grand gestures, only for us to let ourselves go and show appreciation. St. Therese of Lisieux, who was a doctor of the Church, during her “small journey” towards God, points to the abandonment of the child, that falls asleep, unreservedly, in the arms of his father, reminding us that deep down, charity cannot be closed. Love of God and love of one’s neighbour go hand in hand.”

“I didn’t have a plan” for the Jubilee
“I didn’t have a plan. I simply let myself be inspired by the Holy Spirit. Things just happened. I let myself be guided by the Spirit. All it takes is to be docile to the Holy Spirit, letting Him do His thing. The Church is the Gospel, it is the work of Jesus Christ. It is not a journey of ideas or an instrument for confirming these ideas. In the Church, things enter into time when the time is right, when one offers oneself.”

The speeding up of the ecumenical meetings
“It is the journey whcih started during the Council and is carrying on, it is intensifying. But it is the journey, not me. This is the Church’s journey. I met the primates and various heads, it’s true, but my predecessors also held their own meetings with this or that head. I didn’t speed anything up. The pace at which we are proceeding makes it seem as though the journey is speeding up. It is that Aristotelian principle of motus in fine velocior, to use a physics term.”

Patriarch Bartholomew’s sweets
“When we were on the island of Lesbos, we were greeting everyone together at one point and I bent down to greet a little boy. But he wasn’t interested in me, he was looking behind me. I turned around and I saw why: Bartholomew’s pockets were full of sweets and he was handing them out to the children, happy as a lark. This is who Bartholomew is, a man who is able to bring the Great Orthodox Council forth despite the many difficulties faced, he is able to engage in high level theological conversations about theology, just as he is able to be with children. When he would come to Rome, he would stay in the room that is now mine. The only thing he reproached me for, was that he had to change rooms.”

The accusation of a “Protestantisation” of the Church (after the papal visit to Lund)
“I’m not losing any sleep over it. I am continuing along the path of those who preceded me, I am following in the footsteps of the Council. As far as opinions go, it is always important to note the spirit in which the are expressed. When they are not expressed in a bad spirit, then they help us move forward. Sometimes, you can tell immediately when criticisms attempt to justify an already established position, they are dishonest and are made in a negative spirit with the aim of creating division. You can tell straight away that some forms of rigorism emerge because there is something missing and there is a need to hide one’s own sad dissatisfaction behind some kind of body armour. If you watch Babette’s Feast, you see this rigid form of behaviour.”

Practical ecumenism and theological disputes
“It is not about setting something aside. Serving the poor is to serve Christ because the poor are Christ’s flesh. And if we serve the poor together, then we Christians join together in touching the wounds of Christ. I am thinking of the work that Caritas can do alongside Lutehran charity organisations, in light of the visit to Lund. It is not an institution, it is a journey. Setting “things to do with doctrine” against “things to do with pastoral care” is not in tune with the Gospel and creates confusion.”

Unity between Christians is a journey
“Unity does not come about through our own decision to unite but because we are all on a journey following Jesus. On this journey, we may find ourselves united through the One we follow. Following Christ unites us. Conversting means letting the Lord live within us and act through us. We thus find ourselves united even on our common mission of proclaiming the Gospel. By walking together and working together  we realise that we are united in the name of the Lord and  that it is not us therefore who create unity. We realise that it is the Spirit that pushes us and drives us forth. If you are docile to the Spirit, He will be the One who will tell you what to do next, He will do all the rest. You cannot follow Christ unless the Spirit drives you forward with His force. This is why the Spirit is responsible for Christian unity. This is why I say that unity is created on the move because unity is a grace we need to ask for and also because, as I repeat, proselytism among Christians is a sin. The Church never grows through proselytism but “through attraction”, as Benedict XVI explained. Proselytism among Christians is therefore in itself a serious sin because it contradicts the very dynamics of becoming and remaining Christians. The Church is not a football team in search of fans.”

The essence of ecumenism
“Going through processes instead of occupying spaces is also the essence of the ecumenical journey. At this historic moment in time, the path to unity is threefold: it involves walking together through works of charity, praying together and recognising common confession as expressed in the common martyrdom received in the name of Christ, in the ecumenism of blood. There you see that the Enemy himself recognises our unity, the unity of the baptised. The Enemy is right about this. And these are all expressions of visible unity. Common prayer is visible. Performing works of charity together is visible. Shared martyrdom in the name of Christ is visible.”

The “cancer” within the Church
“I am still of the mind that the Church’s cancer is caused by glorifying one another. If someone does not know who Jesus Christ is or has never met Him, they still can; but if someone is a part of the Church and moves within it because this is where they intend to cultivate and fuel their thirst for power and self-affirmation, then this person is afflicted by a spiritual illness, they see the Church as a self-sufficient human entity, where everything moves according to the logic of ambition and power. Luther’s reaction was also about rejecting an image of the Church as an organisation that could move forward without the grace of the Lord or taking it for granted, believing it to be guaranteed a priori. This temptation to build a self-referential Church, which ends in disagreements and ultimately in division, returns again and again.”

The Orthodox and the unity that existed during the first millennium
“We should look back on the first millennium, it can always act as a source of inspiration. It is not about going back in time in a mechanical way, it is not simply about “shifting into reverse”: there are aspects that are still valid today (…). In the early centuries, the Fathers of the Church knew that it lives on Christ’s grace always. This is why – as I have said on other occasions – they said that the Church does not shine of its own light and it was called “mysterium Lunae”, the mystery of the moon. Because the Church illuminates but it does not shine of its own light. And when the Church is too inward looking instead of remaining focused on Christ, that is when divisions emerge. That is what happened after the first millennium. Focusing on Christ frees us from this habit and also from the temptation of triumphalism and rigorism. And it leads us onto a common path of docility to the Holy Spirit, that brings us to unity.”