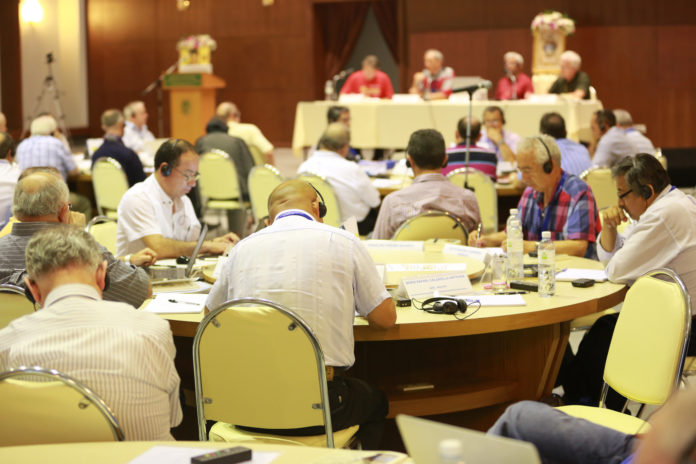 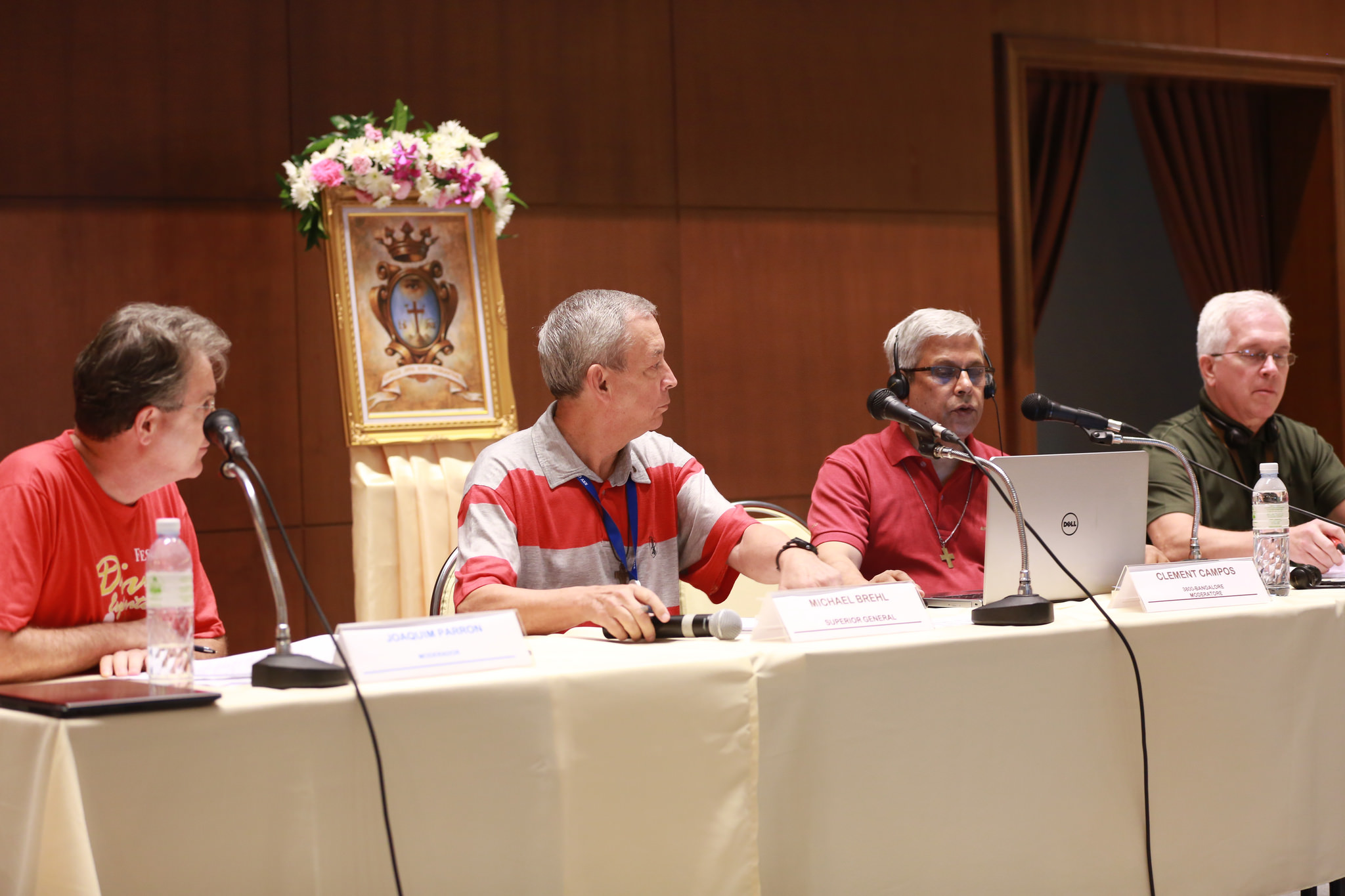 Fr. Clement Campos was the moderator for today. He invited Fr. General to introduce the lay representatives from the five Conferences.

Fr. General presented them to the assembly and stated that they will be here for the whole week and will speak to us of their own personal reality and the reality of the Conference in which they are active. 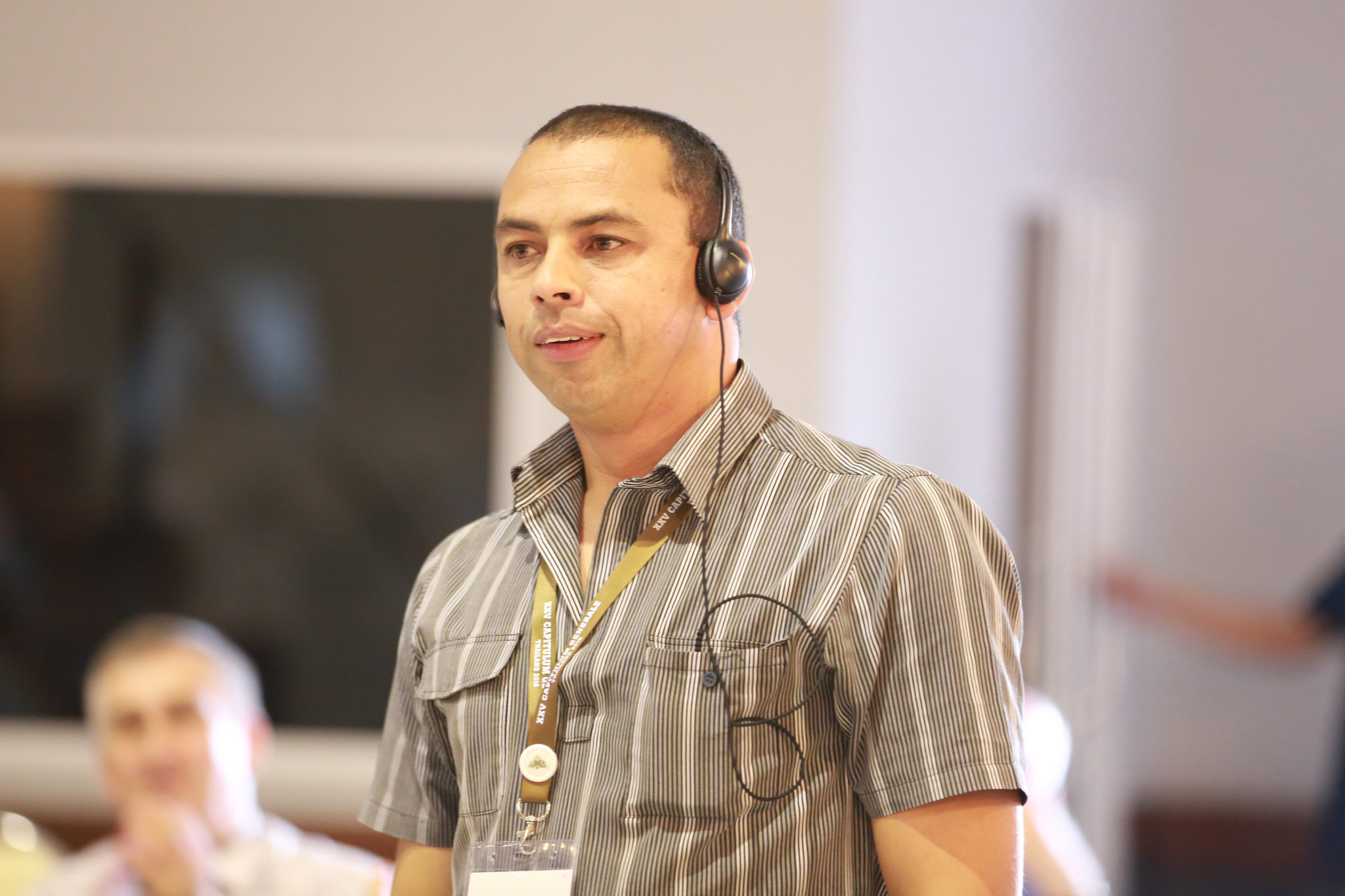 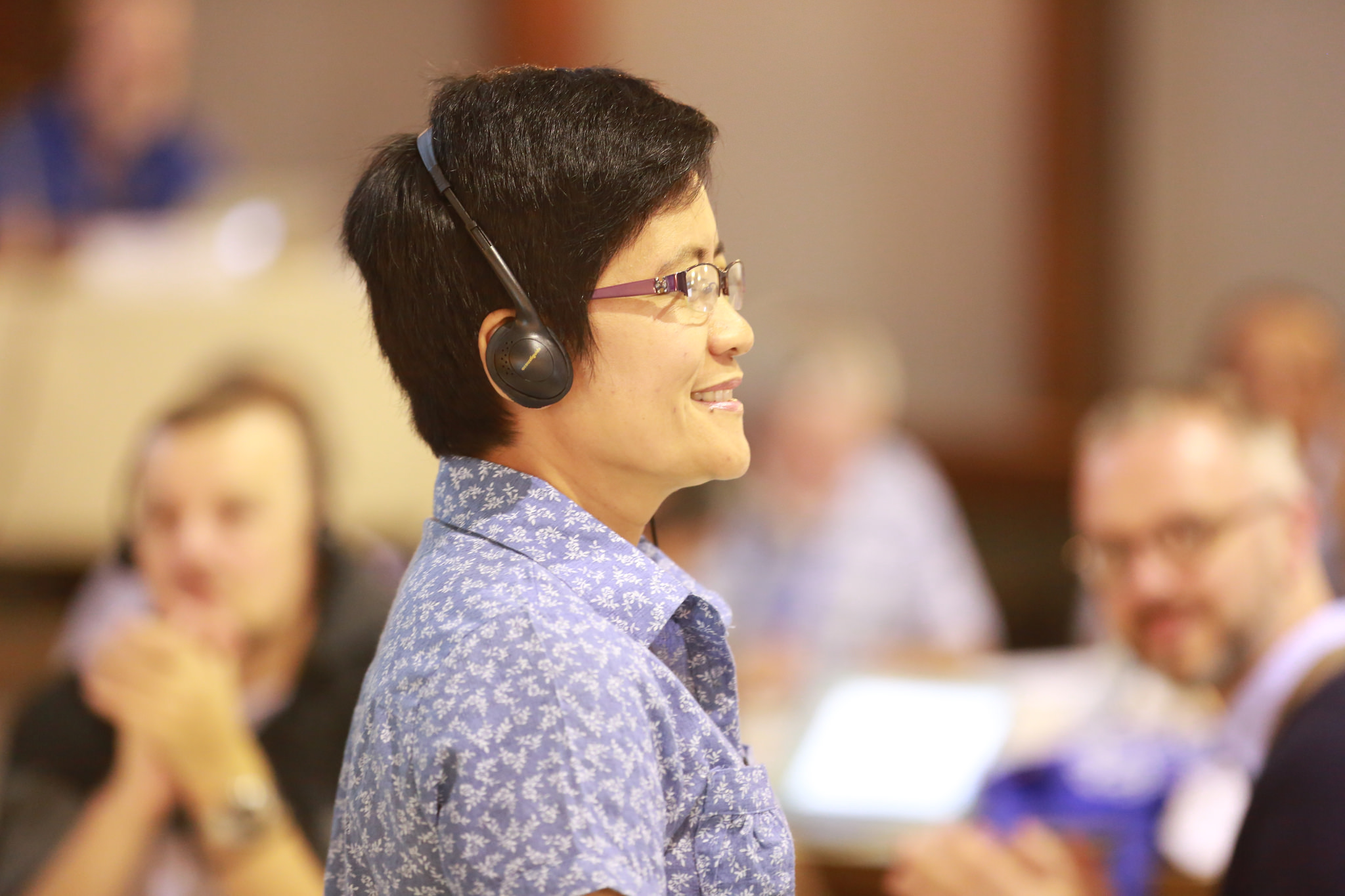 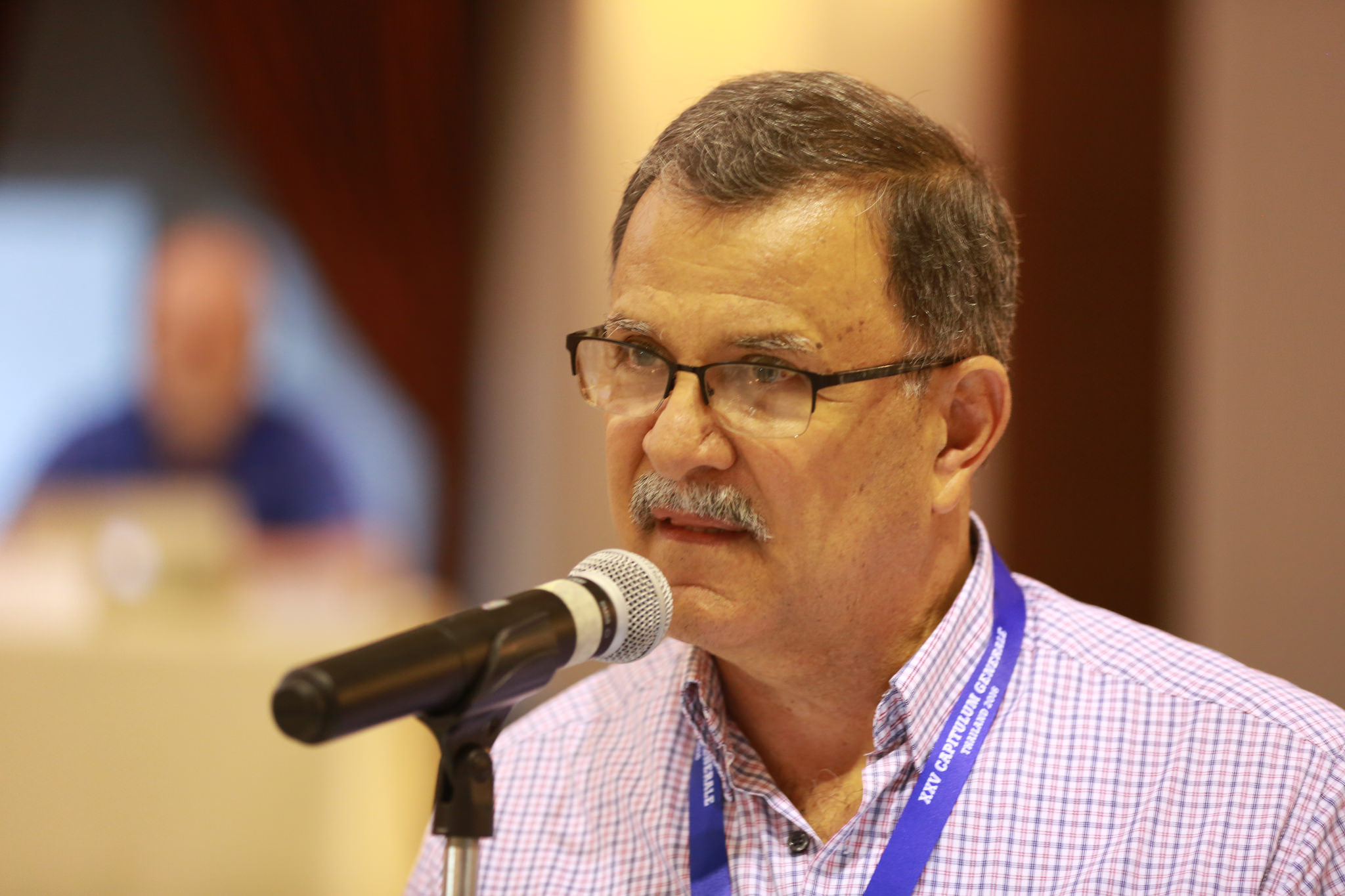 Jose Antonio Hildalgo (Conference of Latin America and the Caribbean) 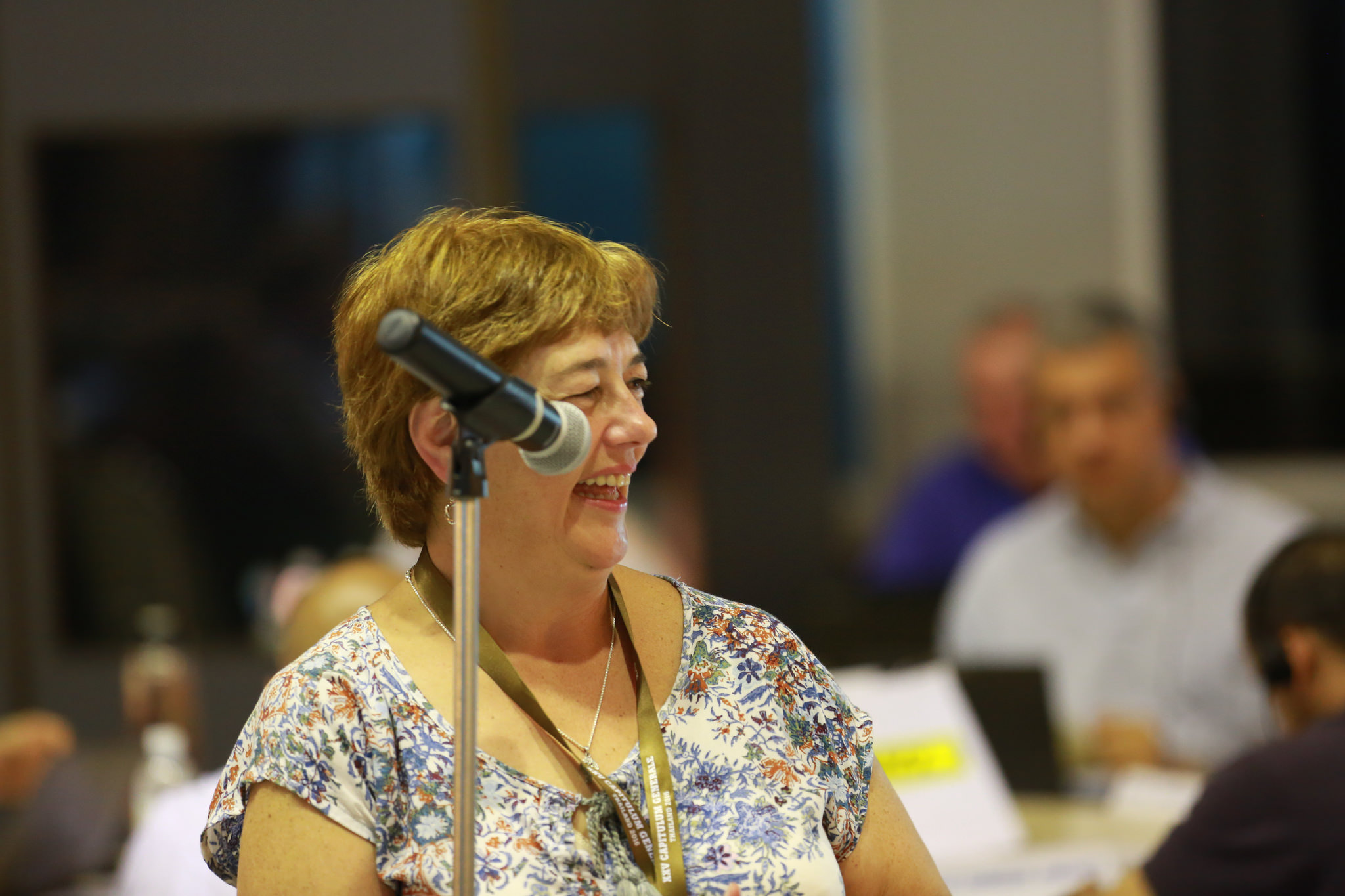 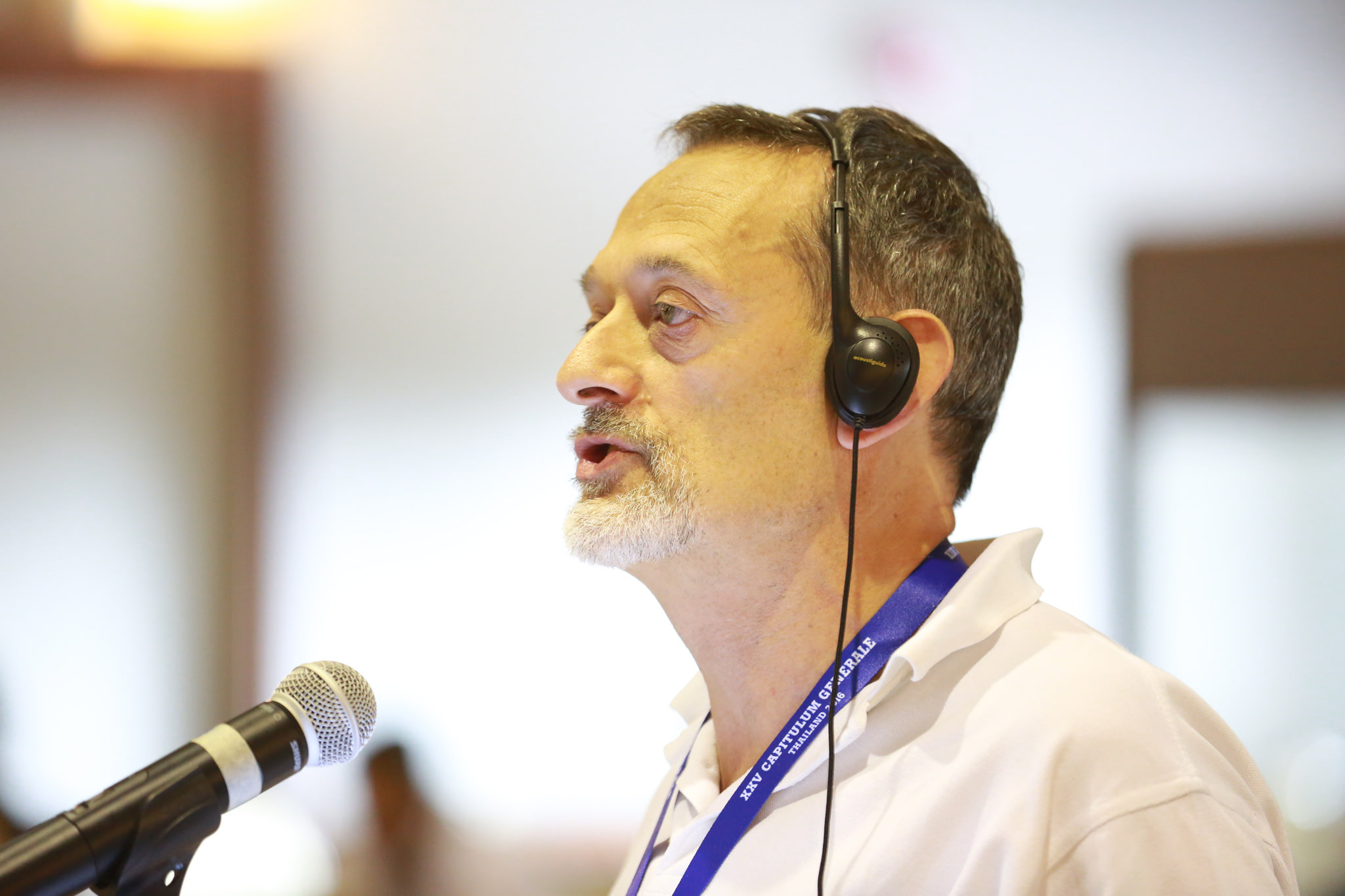 They received a warm welcome from the chapter members.

Next we moved to the report of the Conference of Europe which was introduced by the Coordinator Fr. Jacek Zdrzalek. He first introduced Rafael who spoke about his role as a lay missionary of the Holy Redeemer. He is a married man with a wife who is also a missionary and they are active in our church in Madrid dedicated to our Lady of Perpetual Help.

We then had an audiovisual presentation which was in fact a video outlining the life, mission and ministry in the European Conference. This will be available online.

After the presentation time was given for questions

We then had a coffee break and returned for the report of the Conference of North America presented by the coordinator Fr. Jack Kingsbury.

He first introduced Anne Walsh who spoke about her ministry as a dedicated lay. missionary of the Most Holy Redeemer who gives missions and retreats as well as working full time in the diocese of St. John.

Again a 20 minute audiovisual presentation was offered to the Chapter and this was followed by a question time.

Finally the work done in the Conference of Latin America and the Caribbean was presented by Fr. Manuel Rodriguez.

He introduced the lay partner from Costa Rica, Jose Antonio Hildalgo. He is a married man with 7 children and 8 grandchildren and is active in his Redemptorist parish.

This Conference is in fact composed of three subconferences and this became clear in the video presentation outlining the life and ministry of the Redemptorists and these many and varied Units.