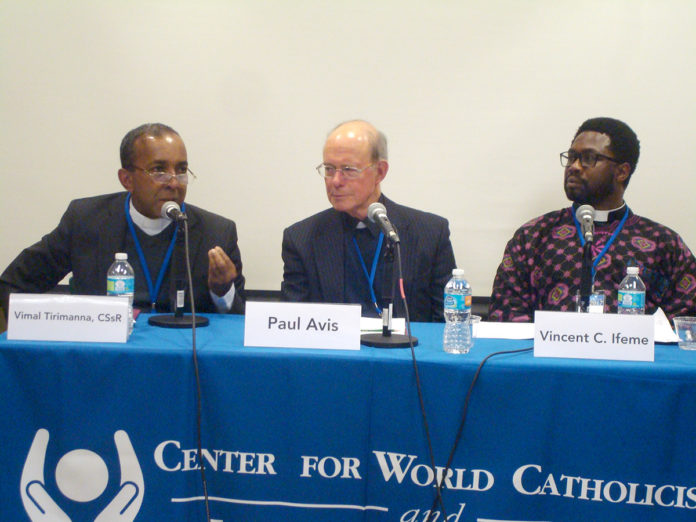 The De Paul University in Chicago, USA,  hosted an international meeting on Ecumenism, entitled “Gathered in My Name: Ecumenism in the World Church” from 28th to 30th April 2017. It was organized mainly to commemorate the 500th anniversary of the Protestant Reformation initiated by Martin Luther in 1517. Among the speakers from various parts of the world was Redemptorist Father Vimal Tirimanna, CSsR, professor of systematic moral theology from the Accademia Alfonsiana who presented a paper on “Past Divisions and Present Ecumenical Dialogues: Are these Elements of God’s Providential Plan?” Among the others who presented papers were Professors Paul Murray of Durham University, England; Felix Wilfred (India) of the University of Chennai, India; Mark Chapman of the University of Oxford, England; Teresa Okure of the Catholic Institute of West Africa, Nigeria;  Mary Getui of the Catholic University of East Africa, Nairobi, Kenya, and the Chaplain to Queen Elizabeth II, Paul Avis, Exeter, UK.