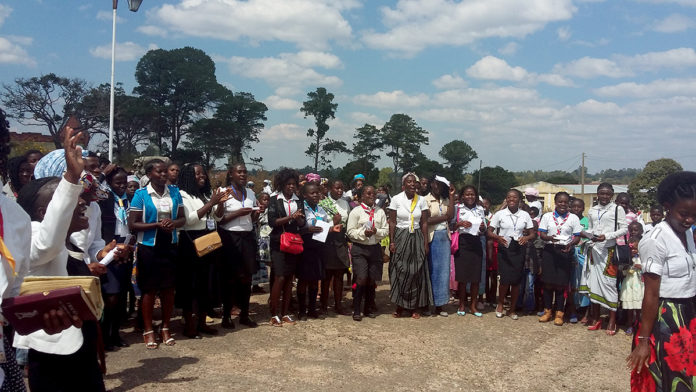 (Vouga-Kunhinga, Angola) A group of young people who are part of the Alphonsian Youth Ministry (PGA) arrived here on Friday, May 19th with much enthusiasm and dream. There were 180 young people, including girls and boys, from the areas where the Redemptorists Missionaries work, that is from the central Angola highlands (Huambo and Bié: two suburban and rural parishes), and some from the port city of Lobito. Here, the Redemptorists have preached a mission and are preparing to preach another, in the Parish of the Holy Trinity, where the Oblate Sisters of the Redeemer work. It was the first pilgrimage of the Alphonsian Youth Ministry (Redemptorists, Oblate Sisters and Sisters of Divine Love are part of this ministry) at the Shrine of the Mother of Perpetual Help, in Vouga-Kunhinga, Bié, the centre of the country. Despite the economic crisis and the difficulties with the roads (those of Lobito have travelled more than 500 km!), the desire of the youth to be part of this gathering was great and rewarding. 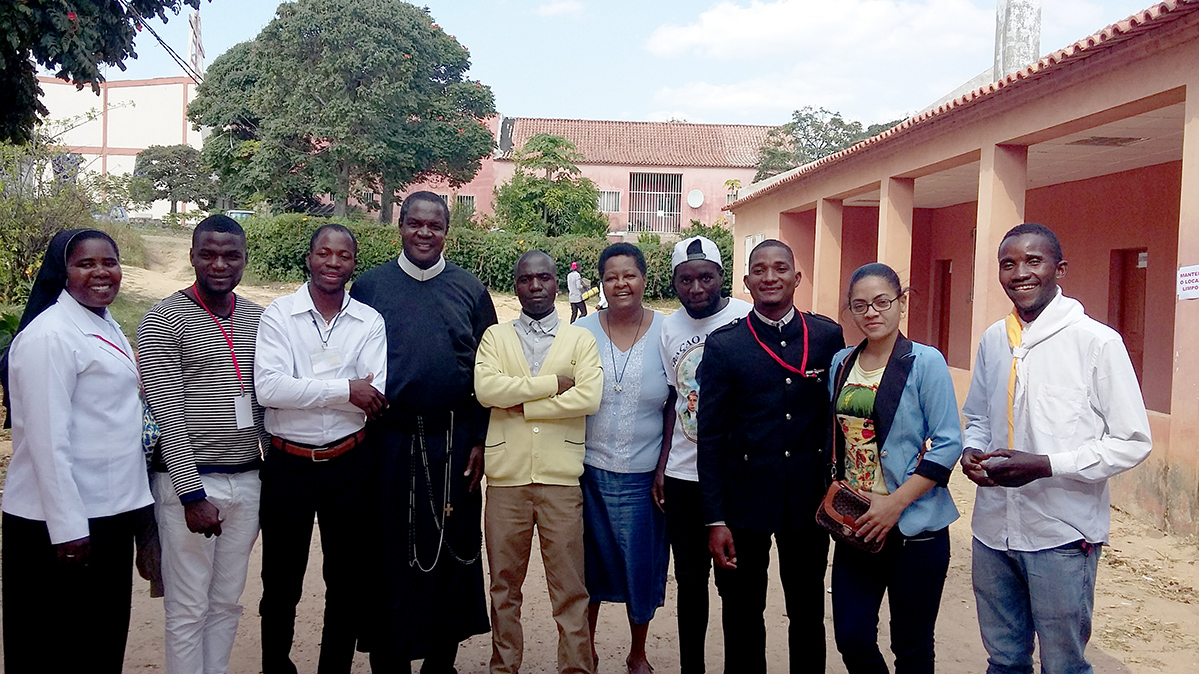 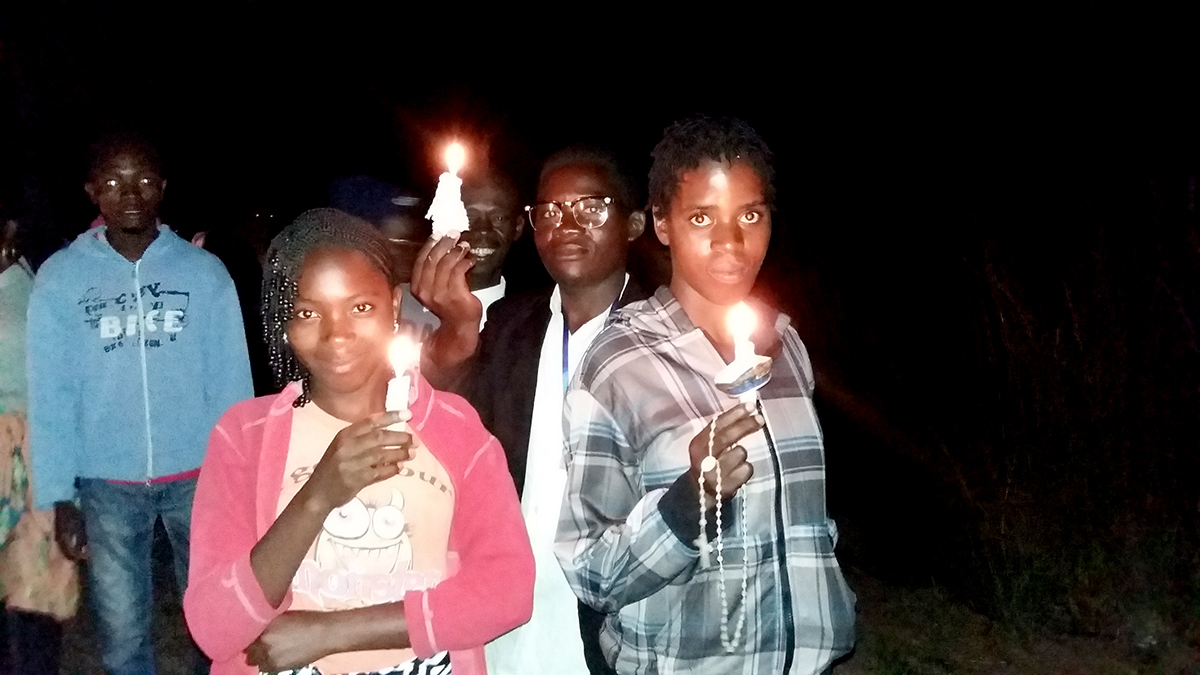 After the first meeting in January, restricted to young people from Huambo, this was a much more articulated conference of the PGA, which is making a big difference in Youth Ministry. Accompanied by Redemptorist missionaries and two Sisters, an Oblate and a Messenger, young people have had intense moments of formation, prayer, conviviality and celebration from Friday evening until the lunch time on Sunday, 21st. The training included conferences (More group work and resonances of young people) on two themes: “The Spirituality of St. Alphonsus and the Young People” (animated by Fr João Pedro, CSsR) and “The Faith” (Ilidio Troco, CSsR). The most important celebratory moments were the procession with lights in honour of the Mother of Perpetual Help, on Saturday evening, from the church of Kunhinga to the Shrine (4 km of walk); And the closing Mass on Sunday, was presided over by the Vice-Provincial Superior, Fr. Eugenio Lumingo. 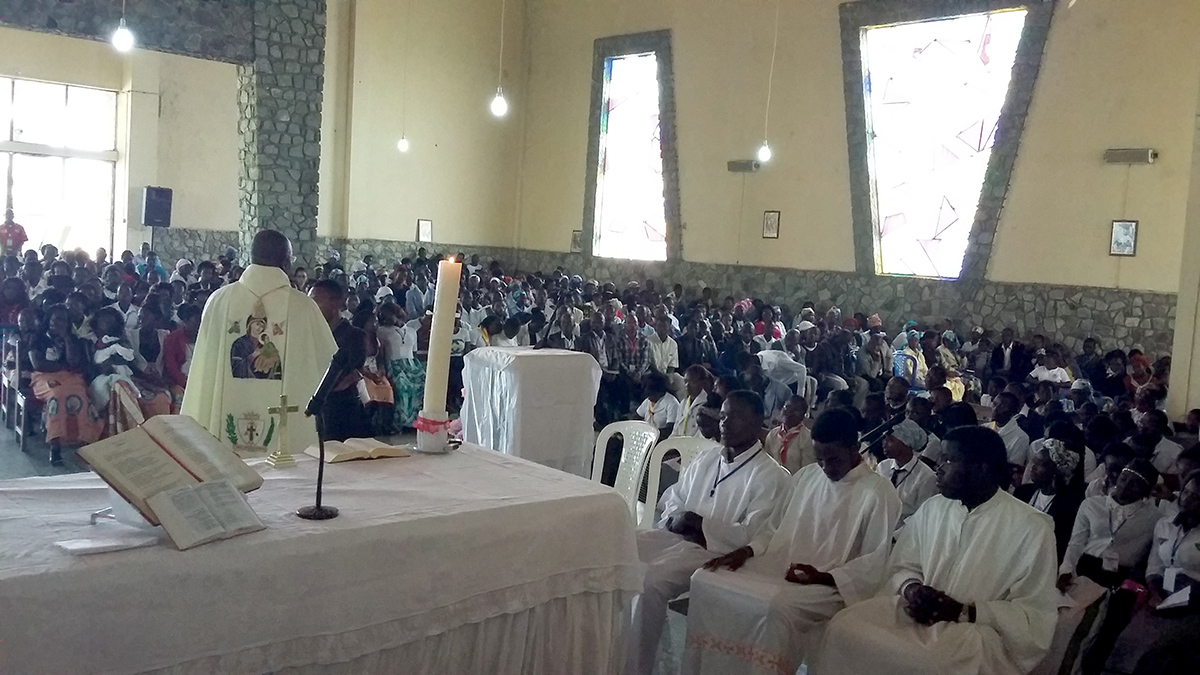 The joy of this beautiful experience and the fact that they began to be part of a bigger Family, with a charism that can offer both young people and their Christian commitment to society, was visible among the young people. The work was coordinated by the PGA leaders (Bento Katchingangu CSsR, Sr Lúcia Santos OSR, and Sister Delfina Muekalia), along with the youth coordinators.