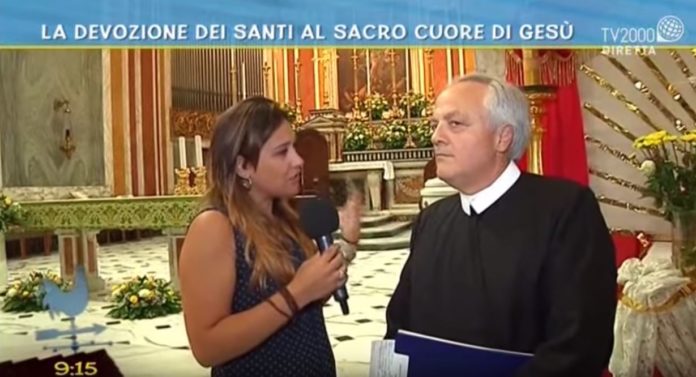 “St. Alphonsus in preparation for the great feast, even wrote a novena 7 years before the Holy See recognized this devotion and that is why the St. Alphonsus is considered a promoter of this devotion,” says Fr. Luciano. It was written in Nola (Naples), where he also wrote the famous Christmas carol song “Tu scendi dalle stelle” (You Come Down from the Stars).

Below, in the video, from the 8th minute onwards, you may hear the comments of Fr. Luciano Panella CSsR where he explains this very heritage of St. Alphonsus for the devotees of the Sacred Heart of Jesus.

“Alphonsus was a man of sentiments, who wanted to bring the people closer to God”, said Father Luciano during his presentation.

TV2000 is an Italy-based broadcasting network that carries Roman Catholic-themed programming, available on digital terrestrial television in Italy and owned by the Italian Episcopal Conference.