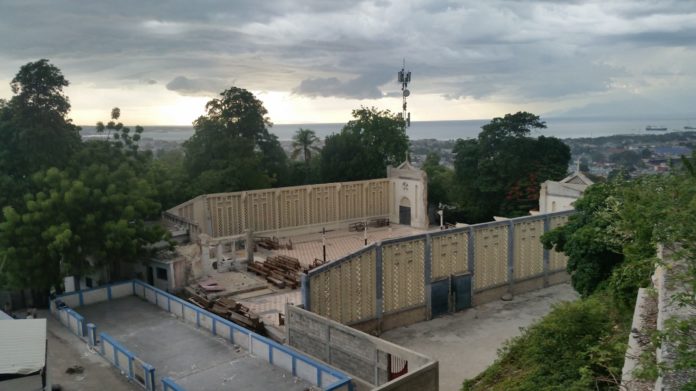 Today is the 8th anniversary of the Haiti Earthquake that left more than 300,000 dead and 350,000 wounded. The Redemptorists continue with the reconstruction work and with the missionary pastoral, especially in the schools, close to the poorest.

May 6, 2010, Most Rev. Michael Brehl, Redemptorist Superior General, recently visited our confreres in Port-au-Prince, Haiti. He offers an eyewitness account of conditions there, and shares how the Redemptorists are assisting those who’ve lost everything. 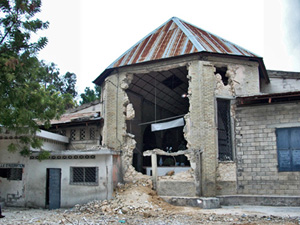 I arrived in Port-au-Prince on March 13, 2010. This was the first opportunity I had to visit. Several previous attempts to book a flight failed. Even this trip was cancelled and rebooked by the airlines. I was greeted by a city full of people, but also still in ruins. …

With our confreres, I slept in tents ‘à la belle étoile’, (under the stars) as they say. Our confreres are sharing the situation of the ordinary people. Our two houses, St. Gerard’s Church, St. Gerard’s School, the youth skills training centre, medical clinics, water purification, and seminary are all destroyed and will need to be rebuilt.

With the help of funds raised by Redemptorists and NGO’s, our confreres are supplying many of the poor parishioners with water, with beans and rice, and with tents to give them shelter.

It is clear that the process of reconstruction will take a long time; the process of not only reconstructing buildings, but also reconstructing lives. I met and spoke with many people who had lost family members and neighbours. Some have experienced such severe stress and loss that they are deeply affected mentally. I met one woman who came home to find her home and her entire family dead. …

Despite their personal living situations and the fates of their own families, our brave young confreres continue to reach out to help others around them.

Towards the reconstruction of the church of St. Gerard

On June 30 2017, work began to prepare the ground for the reconstruction of the church of San Gerardo. The actual reconstruction should begin on September 15 and cost around 300, 000 US Dollars. It is funded by USCCB, Adveniat, Koch, AED and the Congregation of the Most Holy Redeemer. The work should last around 18 to 21 months and will be supervised by PROCHE-Haiti, an institution created by the Haitian Episcopal Conference after the earthquake whose mission is to seek funding for the reconstruction of churches, dispensaries, seminaries and training houses. We thank God for this new step and we hope that the new church will be ready for the feast of St. Gerard on October 16, 2019.