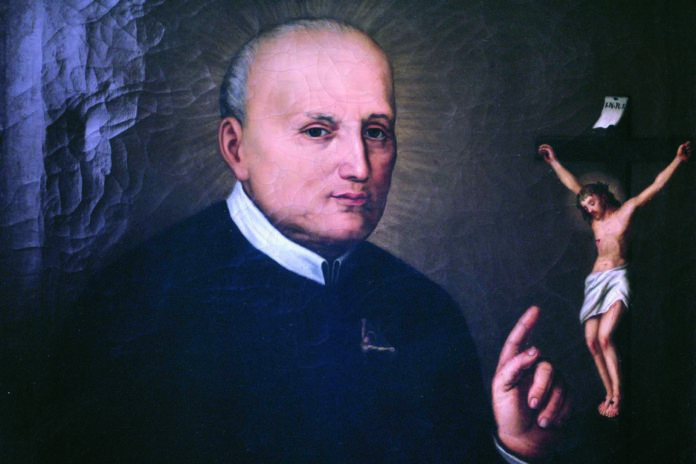 “To preach the Gospel ever anew”

As we approach the Mid-Sexennial Meetings, and the approval of the Apostolic and Restructuring Plans of each Conference, the story of St. Clement Hofbauer offers us great hope and remarkable insights into the ways in which God calls people to share in the missionary vocation of our Congregation.

Clement Hofbauer was almost 33 years of age when he was accepted into the Redemptorist novitiate, along with his friend Thaddeus Hübl. Although he had a strong sense of vocation to the missionary life and to the priesthood, various obstacles kept disappointing his hopes of realizing this dream. Nevertheless, Clement did not stop searching for a way to respond to what he experienced as the call of God. He studied theology in Vienna, spent time as a hermit and catechist in Tivoli, read spiritual books (including some works by Alphonsus Liguori), developed a deep prayer life, and went on a pilgrimage to Rome. In Rome, he met the Redemptorist Missionaries working in the church of San Giuliano and requested admission to the Congregation.

His remarkable story does not end here! In fact, this was just the beginning. Less than a year after their profession as Redemptorist Missionaries, Clement and Thaddeus once again crossed the Alps to bring the Congregation of the Most Holy Redeemer to new countries and to respond to new missionary needs. Less than two years later, they established in Warsaw the first house of the Redemptorists outside Italy. Clement’s missionary dynamism converted the small church of St. Benno’s into a pastoral centre which attracted thousands. Young men joined the Congregation, new foundations were envisioned, a social ministry was developed, and new ways of evangelization were fostered. Time and again he repeated: The gospel must be preached anew, in every age and generation, in a language that ordinary people can understand. These words continue to inspire us we ask God to revitalize our Vita Apostolica and our missionary charism today!

In the midst of such success, Clement continued to face serious obstacles. His friend, confrere, and companion, Thaddeus Hübl, died after a severe beating during a time of persecution. Many of the Redemptorist ministries were shut down by the civil authorities. He experienced a lack of support and jealousy from other priests and church officials. Eventually, he and his brother Redemptorists were expelled from Warsaw. For the next twelve years, Clement attempted to make numerous other foundations across Europe. Every one of these initiatives failed. He attracted many young men who desired to enter the Congregation and to give their lives for plentiful redemption in this missionary vocation. However, he could not establish a novitiate, and they were unable to live in the community. When he died on March 15, 1820, it seemed to some that all his efforts had come to nothing. Not a single foundation had survived. But God had other plans.

One month after his death, on April 19, 1820, the Emperor allowed the Congregation of the Most Holy Redeemer to establish foundations in the Austro-Hungarian Empire. Soon, those young men who had waited so long to embrace their missionary vocation were admitted to the novitiate. Before long, the Congregation spread from Vienna across Northern Europe, to North America, and then beyond. St. Clement Hofbauer was canonized in 1909, and he was declared the co-patron of Vienna more than 100 years ago in 1914.

The life and vocation of St. Clement Hofbauer is an important witness to the power of God to transform our failures into opportunities, and to raise up missionary vocations in the most unlikely places. As we celebrate his feast day, we remember his single-minded perseverance and fidelity, along with his great vision and creativity. Next year we will celebrate the 200th Anniversary of his death, and the Congregation continues to build on the foundations which Clement and Alphonsus have passed on to this generation.

I wish you a blessed and joyful feast day of St. Clement.