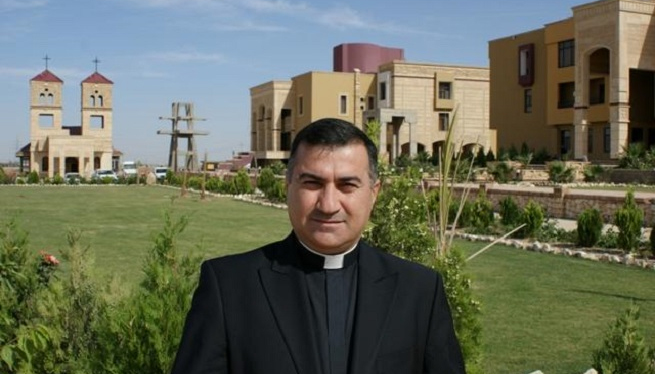 (Erbil, Iraq) The current tensions between the two powers must not escalate. Iraq has been suffering from proxy wars for decades; they have torn our country apart.

We are a courageous people of hope. Since the defeat of ISIS in May 2017 by the coalition forces, our archdiocese has been working with other church leaders, Christian agencies, humanitarian agencies, governments and NGOs  to help rebuild our fractured communities in Mosul and Nineveh Plain. It has been a very challenging road to raise funds and international  support to help us to physically regain what we lost starting in August 2014.

The current tensions are threatening the serious fragility of the communities, which are tired of war and the tragic consequences of it. They have continually suffered far too much and can no longer face an unknown future. They need the certainty, reassurance, hope and the belief that Iraq can be a peaceful country to live in rather than being  victims and endless collateral damage.

As Church leaders we will always follow the path of God in seeking peace, reconciliation, mutual dialogue and not conflict. His Beatitude Cardinal Sako, Patriarch of the Chaldean Church, rightly expresses the fears and anxieties of the people and their hope to be spared from the damage and tragedy of war. We are united in his call to prudently seek civilised dialogue and to pray for peace.

We seek the urgent action of the international community to use their influence to diffuse the tensions.  Our prayer is for peace and that dialogue resulting in a just and peaceful outcome will be the path followed.