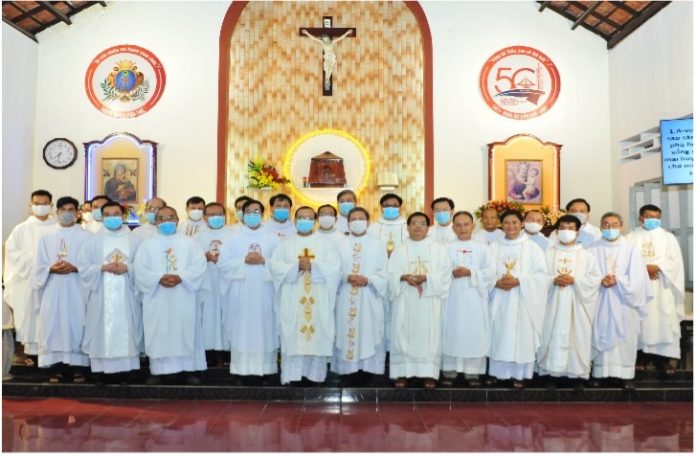 (Can Gio, Saigon) The Redemptorists in Can Gio Mission Center launched their 50th-anniversary celebration with a Mass on May 21, 2021.

Can Gio island district, 60km from the centre of Saigon, is a district of Saigon City. This island district is mostly mangrove forest, so it used to be a communist base during the America-Vietnam War. To get here, you have to cross a ferry, so it seems to be divided between two worlds: across the river is a city of urban luxury, on this site, is a murky mangrove forest. That division also leads to the cultural and intellectual life of the people on this side of the river, which is also very low. These are the challenges in the mission that the Redemptorist missionaries will have to face when choosing to come to this island.

On May 21, 1971, Father Paul Tran Van Luong, C.Ss.R., took his first step to the Can Gio mission area with about 15 Catholic families. Only one year later, he expanded to two neighbouring communes, Dong Hoa and Tan Thanh, then Tam Thon Hiep. In 1993, Tam Thon Hiep became a parish and handed it to the Salesians to take care of nearly 400 parishioners. By 2000, the Redemptorists built the An Thoi Dong community. By 2018, the Redemptorists had ceded An Thoi Dong mission to the Archdiocese of Saigon, and the Archdiocese had upgraded it to An Thoi Dong parish with about 400 Catholics.

Currently, the Can Gio mission area of ​​the Redemptorists has about 500 Catholics. Other mission points established by the Redemptorists have now been handed over to the Archdiocese and the Salesians, which have about 500 Catholics. Thus, the total number of Catholics in the Can Gio district is about 1000 Catholics out of a total of 90,000 people, accounting for just over 1% of the population. Although the number is still very modest, the overview from the number of 15 households with a few dozen Catholics in 1971, now up to 1000, is a lot of efforts and tears of missionaries from the past 50 years. 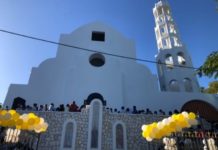 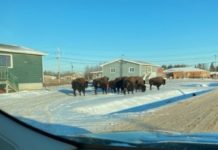