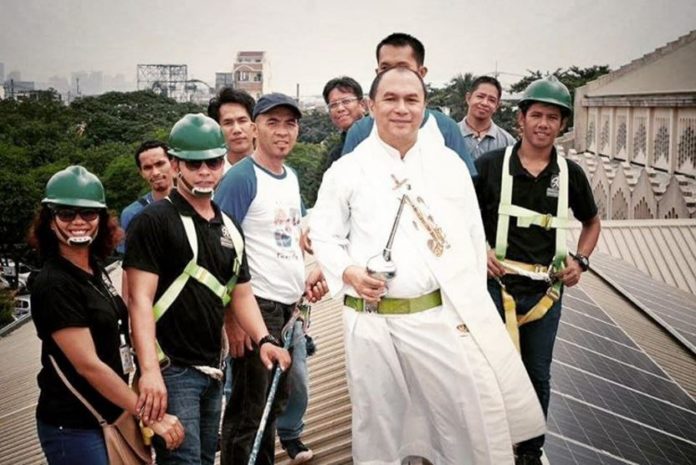 Rector of the National Shrine of Our Mother of Perpetual Help in Baclaran,

Rector of the National Shrine of  #OurMotherofPrepetualHelp

See also: The Shrine of Our Mother of Perpetual Help in Manila use solar energy

The National Shrine of Our Mother of Perpetual Help (Filipino: Pambansáng Dambana ng Ina ng Laging Saklolo) also known as Redemptorist Church and colloquially the Baclaran Church, is a prominent Catholic National shrine along Roxas Boulevard in Baclaran, Parañaque, a city within the southern part of Metro Manila, the capital of the Philippines.[3]

The original icon enshrined above the main altar came from Germany, and passed through Ireland and Australia before priests of the Redemptorist Order brought it to what was then the United States territory of the Philippine Islands in 1906. It bears the Papal arms in the back paneling.

Since the Feast of the Immaculate Conception 1958, the shrine has been authorised by the Holy See to remain open 24 hours a day throughout the entire year. The shrine itself was blessed by Pope John Paul II during his first Apostolic Visit to Metro Manila in 1981. The shrine complex serves as the headquarters of the Manila Vice Province of Congregation of the Most Holy Redeemer, while the Cebu Province of the Redemptorists is headquartered in Cebu. The shrine’s current rector is the Reverend Father Joseph Echano, C.Ss.R. The shrine celebrates its annual feast day on 27 June, the liturgical feast day of the icon.