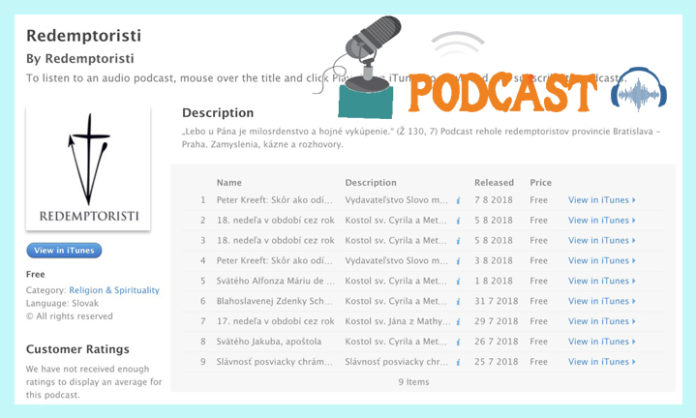 (Bratislava, Slovakia) The Redemptorists – the Congregation of the Most Holy Redeemer – have strengthened their presence on social networks. In July, they became the first Slovak religious order to launch a podcast and opened Twitter accounts for the Congregation and the publishing house ‘Slovo medzi nami,’ which also communicates with seekers of high-quality Christian literature via Instagram.

The Redemptorist Podcast includes sermons, reflections and interviews, along with extracts from new books published by the ‘Slovo medzi nami’ publishing house. Every smartphone user can listen to it in their podcast application or it can be accessed via the SoundTier platform operated by Audiolibrix. Preachers who have so far featured on the podcast include Václav Hypius, the Provincial of the Bratislava-Prague Province, Rastislav Dluhý, the media coordinator of the Province and Ján Andrejov, secretary of the Province; every first Sunday there will be a sermon by the missionary of mercy Michal Zamkovský. Fans of Catholic philosopher Peter Kreeft, who is well known among Slovak readers, can find a podcast with extracts from his new book ‘Before I Go,’ whose translation into Slovak as ‘Skôr ako odídem’ is an upcoming publication from ‘Slovo medzi nami.’

The Redemptorists have been on Twitter since the start of August. The congregation’s publishing house, ‘Slovo medzi nami,’ has also strengthened its presence on social networks with a Twitter account and a profile on Instagram. This activity follows the call of our Superior General, Michael Brehl, for all members of the Congregation and their collaborators to enter into the digital world and learn its “language”, which he made in a letter at the end of June. This is the only way to reach out to new generations for whom the digital world is the only world they know.

The Redemptorists and the ‘Slovo medzi nami’ publishing house on social networks:

The Congregation of the Most Holy Redeemer was founded in 1732 at Scala near Naples by Saint Alphonsus Maria Liguori. The title of the congregation comes from the Latin word “Redemptor” meaning redeemer. The motto “With him, there is plentiful redemption” (Psalm 130) is the main theme when proclaiming the gospel through missions and personal life in the modern world. The Redemptorist mission was brought out of Italy and across the Alps by St Clement Maria Hofbauer in 1785. The Redemptorists entered Slovakia from the Czech lands in 1921. Following the charism of St Alphonsus, the Slovak Redemptorists dedicate themselves primarily to popular missions and exercises (Podolínec, Kostolná – Záriečie), which are the congregation’s top pastoral priorities in Slovakia. Additional priorities include pastoral care in parishes (Gaboltov, Banská Bystrica – Radvaň, Bratislava – Kramáre, Frýdek Parish), vocation promotion ministry, cooperation with lay partners in mission (Calvary communities, River of Life, Koral, Shekinah), pastoral care via the publishing house ‘Slovo medzi nami’ and active communication through traditional and social media. Under a decree of the Superior General, Slovak and Czech Redemptorists have worked together in the new province of Bratislava-Prague since February 2017. 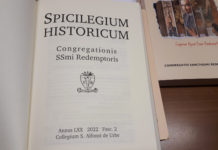 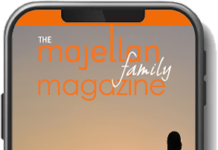 Majellan rewarded for its faithfulness to families 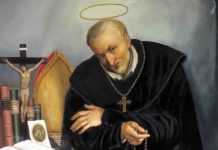 The History of the Heresies of St. Alphonsus published after 147 years