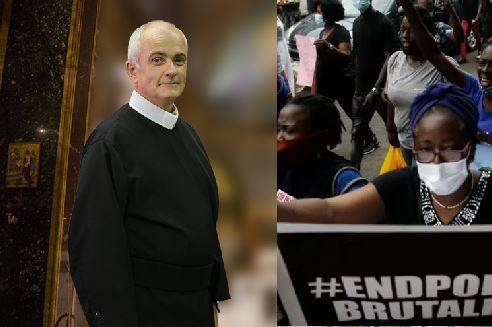 Dear Confreres, Sisters, Lay Collaborators and friends of the
Vice-Province of Nigeria,

It was with great sadness that we received the news on Wednesday of the murder on October 20 of unarmed young people at the Lekki Toll Plaza as they were peacefully protesting police brutality by the Special Anti-Robbery Squad of the Nigerian Police. The EndSARS Protest movement has been strongly endorsed by the Catholic Bishops Conference of Nigeria, and many international organizations. The response of the
Police has been further violence and fear.

As Redemptorist Missionaries of God’s plentiful redemption, we cannot remain silent in the face of this injustice and violence. These recent events cry out to God for justice and for hope. As you accompany the young people of Nigeria and their families, we pray that through peaceful and non-violent protest, real change is possible. It begins with recognition of the real situation in Nigeria, and continues with growing conscientization, prayerful discernment, and uniting in solidarity to build a more just and inclusive society where all brothers and sisters are included, protected, and cherished.

During this period of the Covid-19 pandemic, we must ensure that the world becomes aware of what is happening in Nigeria.

Brothers and Sisters, know that you are not alone. We are with you in communion of prayer, solidarity and concern. May God bless you with strength and hope! May Our Mother of Perpetual Help accompany you and support you!

Nigeria’s situation:
It is poverty that drives Nigerians to protest, not just outrage at police violence. Young people overwhelmed by misery and frustrated by unemployment take to the streets to protest and demand economic reforms.
For two weeks, cities have been in turmoil. The government responded by sending the police and the armed forces to the streets. Several victims have already registered in the clashes in Lagos, the country’s commercial capital. For this reason, the protest against the police has increased. 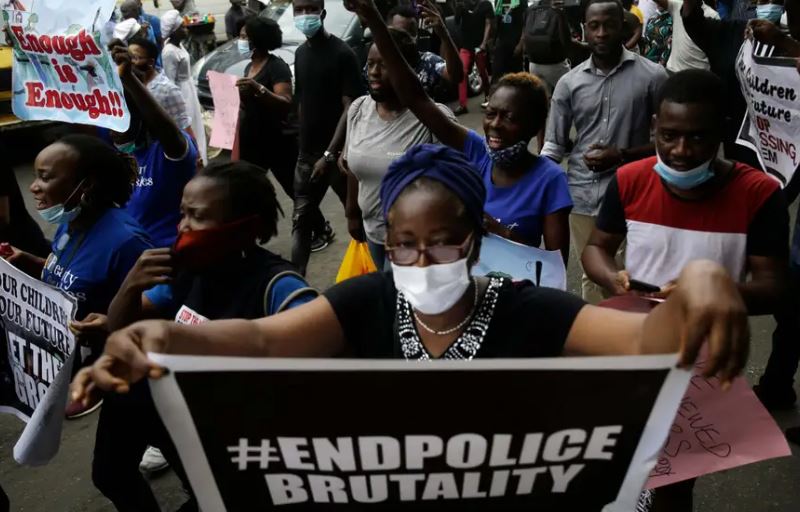 The protests concern the Special Anti-Robbery Squad (SARS), a special police unit that had to fight against violent robberies but was instead responsible for criminal actions against the same population.
Nigeria is a nation full of contradictions. Despite being one of the world’s largest producers of hydrocarbons, it has only four (often malfunctioning) refineries and is forced to import gasoline. In many parts of the country, electricity is not supplied regularly. The health system is poor. When they get sick, wealthy people seek treatment abroad. The poor are forced to stay at home without assistance, care, and medicine. Corruption is widespread.

See also: The Redemptorists of West Africa stand in solidarity with the poor and the oppressed of Nigeria.

Message from Fr. General for the Solemnity of Immaculate Conception